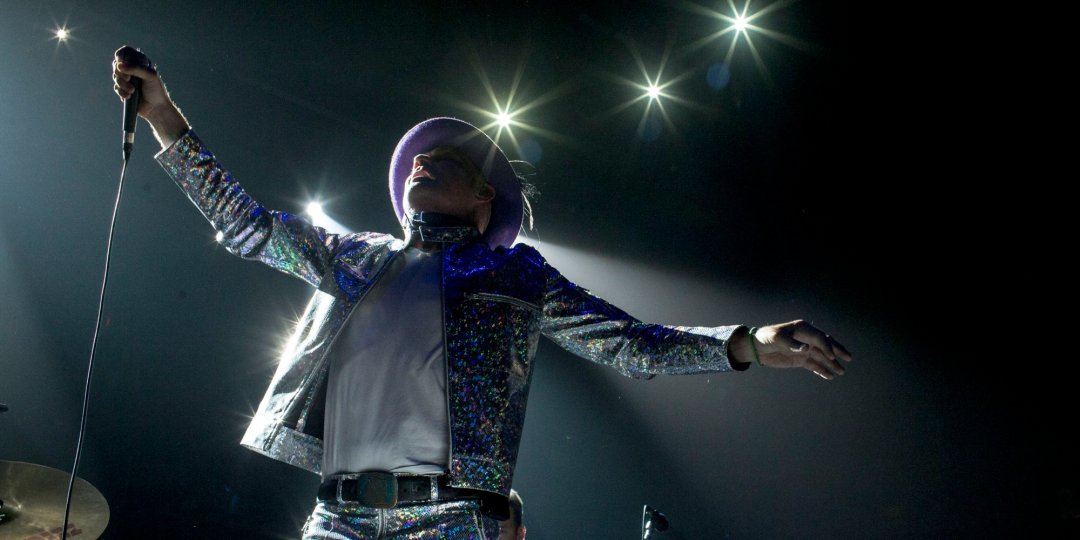 It’s been a good week for the CBC

11.7 million people watched the CBC’s broadcast and livestreaming of the Tragically Hip’s final concert, last Saturday, as a part of their Man Machine Poem tour. Hosted in Kingston, the band’s hometown, the concert was a touching final performance for an iconic Canadian band that’s woven itself into the fabric of Canadiana; its frontman, Gord Downie revealed he has terminal brain cancer earlier this year. The broadcast was made available by the CBC through a myriad of options, both digital and analog: radio, television, the CBC’s webpage, a phone app, a Youtube channel, even a Facebook page, which in turn allowed viewers to join the national celebration of the band via virtually any platform of their choice. The CBC notes four million viewed the broadcast over television, which means some seven million or more also made use of radio and digital sources.

In addition to being a heartfelt conclusion to the Hip’s thirty two year run, a concert full of humanity and an object of national poignancy, the concert was also an example of superb public broadcasting and a tasteful affair all around – the CBC, in a way that no private broadcaster could have, made the concert as openly available as it could have, allowing it to be watched wherever and whenever. Canadian ex-pats and those traveling abroad on social media from around the world gave shout outs to the CBC’s class in not geo-blocking the event, while others took full advantage of the live stream, rigging up a simple home theater with a blanket, a data projector, a laptop and a good ol’ HDMI cable.

But the CBC also had the class to broadcast the event without commercials – a three hour concert – and offered to broadcast the event for as long as the Tragically Hip wanted to play; even forgoing the usual watershed rules to avoid bleeping out Downie. Their good graces had Canadians thanking the CBC over social media for its casual and tasteful handling of the concert.

Later that weekend, the Rio Olympics wrapped up, marking the end of the CBC’s coverage of the Olympics which itself was also another strength for the public broadcaster.

The CBC again made the Olympics just about as available as it could have in digital and analog sources – covering it through its conventional television program, while offering a free phone app for the Olympics and livestreaming the Olympics digitally with a multicast feature that allowed users to customize their viewing preferences. It also appears that the CBC has managed to make a profit from its Olympic broadcast which is an achievement in and of itself: the London games had not been profitable for CTV (a $153-million gamble), hence why they opted to not put a bid in, forcing CBC to take the hit or leave Canada in the dark on its Olympic coverage nationally. Only halfway through the Rio Games, The Globe and Mail reported the television ratings for Rio at 30.4M viewers were already close to breaking the 30.9M record set by the past London Olympics.

What we’ve witnessed this week was a broadcaster willing to place itself at the centre of its country’s emotional core and share a compelling story or song that united us as Canadians. It made use of technology to enable broader access to content and had voices, like (a dancing) Donovan Bailey, in its panel coverage of both events, that drew us in and encouraged us as viewers to believe and feel and sympathize. Their programming was open, engaging and thoughtful. If the CBC always delivered as it did this past week, we wouldn’t need to be reminded of the value and contribution it brings to Canadian culture and entertainment. It would be obvious. What we saw this past week was how to run the CBC, how to connect with Canadians and how to connect us with each other.

But the problem is: this isn’t the CBC we’ve come to know and accept begrudgingly (if not outright dismiss as glorified tosh) as a sad fact of life, like afternoon traffic or diabetes. The CBC that we know preoccupies its time and money with atrociously unfunny comedies and uninteresting dramas that have given Canadian media such a bad rap, a ‘quota’ of Canadian content (CanCon) is needed to force feed this crap to unwilling Canadian consumers. The CBC that we know rarely offers live digital feeds (if they even work – most display as grey boxes) for its programs, making use of ‘clips’ of key programs instead. Which is a hard slap in the face for rural viewers who no longer receive CBC via over-the-air analogue television after it made its switch to digital in 2011.

This is the same institution that is so appalling at even attempting to innovate that its flagship programs often turn blue mouldy well before they finally receive the axe they so desperately deserve from controllers. Just this year, for example, Don Cherry, 82, was re-signed to co-host the CBC’s Hockey Night in Canada as an obvious white flag from the public broadcaster deeply worried about the failing ratings circling host George Stroumboulopoulos; at this point we might as well expect the CBC to arrange a secret conclave to decide a new pontiff to replace Cherry.

The CBC has been operating with a business model that is frankly bizarre for a public broadcaster. Instead of being content with acting like a public broadcaster, the CBC seemingly prefers to pretend as though it’s a private broadcaster without ever aiming to be a good one either. What we’re shown instead is the same dreadfully annoying advertisement breaks we can watch anywhere else on television, but with even worse content to go along with it. The ‘sitcom’, which the CBC haplessly embraces (and not even well), is a darling of American television networks designed to get the most viewers with a few recycled sets, a canned audience, shoddy scripts and twenty two minutes of junk. It’s not intended to be good nor does it even have to be popular or liked, it just needs to be watched – a lot, that’s all anyone monetizing the bloody thing really cares about. But rather than avoiding producing sitcoms, the CBC seems to think it’s a wonderful use of public money to make even more of the blasted things despite the crowded field of sitcoms that already exists nationally in privately financed television.

This stands in stark contrast with the work of the BBC in recent years which has produced a number of quality productions to serve as ‘flagships’ for its programming: Doctor Who, Being Human, Sherlock, Top Gear, Doctor Foster, Luther, Death in Paradise etc. which altogether accounts for a tremendous package of cultural programming with depth and intrigue and variety; none of which would be greenlit by American networks (unless done by rogue producers, like ABC’s Lost, whose superb quality was, if anything, a mishap ABC is determined never to let happen again.) The BBC’s flagship programming has been extremely successful at home and abroad in ratings, in merchandise, on Netflix, on social media, at awards shows and comic-cons – on whatever measure you want to use to judge the BBC’s work, it’s been measurably better at creating content people actually enjoy watching which is as good a goal as anything for the CBC to have, in my opinion.

Comparisons between the BBC and the CBC were also made by the federal government’s cultural heritage department in a report from its broadcasting and digital communications branch as apart of the ministry’s pre-consultation review of the CBC. It’s a good contrast to make: the department reached the conclusion that the BBC benefits from being less commercial in its revenue sources, more arms-length in terms of its appointment of directors, and also from having a more ambitious mandate (to sell its programming globally.) The BBC also has an attractive revenue model: a license fee (currently frozen at £145.50) which is paid directly by households, so they know precisely what they’ve paid into the broadcaster to support its television, news and radio services. As a result, the BBC’s annual budget of £4.722B is about five times the size of the CBC’s ($1.5B.) The license fee model gives the BBC a very consistent source of funding that isn’t (normally) affected by the politics of the day nor as dependent on commercial activities as the CBC’s revenue streams.

This review on the part of the Cultural Heritage ministry is in concert with the federal government’s promise to restore $150 million in annual funding to the CBC. The hope is that Ottawa can use the new funding as an opportunity to tether it with new conditions for reform – to broaden its digital reach, modernize, attract new audiences and experiment.

After years of dragging its feet on continuing forward doing the same old shtick, the CBC more than deserves this ‘strings attached’ approach on Ottawa’s part.

But it should be said that what we’ve seen this past week from the CBC, especially with how it handled the Tragically Hip’s final concert, is a perfect example of how our public broadcaster could step up its game. Which is in and of itself surprising, since even the CBC seems to know how the CBC could do better (but doesn’t.) Commercialism has encouraged an efficiency in the CBC’s ranks that rather than de-bureaucratizing it has simply compromised its cultural value. For the CBC, stepping up its game means being unconventional rather than commercial, being open and accessible – embracing technology and live streaming – while being heartfelt, sincere and delivering quality programming that would make any writer or producer proud. In a single word: be unique.