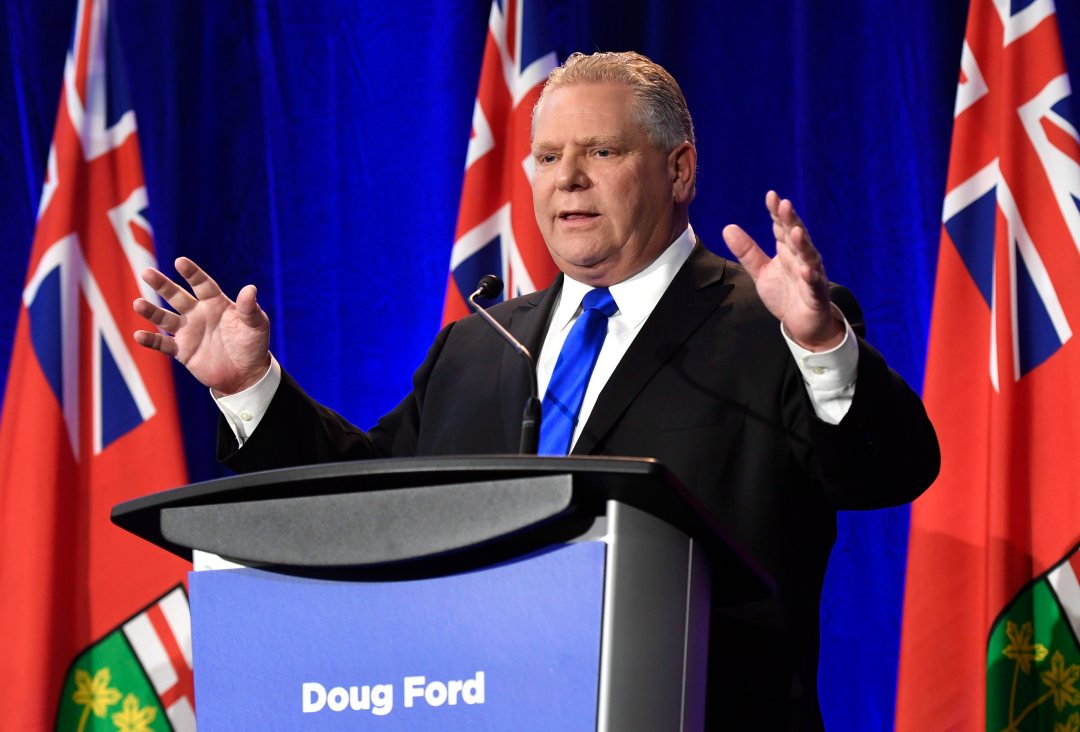 The Greenbelt takes a chunk out of Doug Ford

It’s hard to write in an unbiased fashion on a subject as personal as the Greenbelt. Surrounded by its lush sugar bushes and trout streams, home for me has always been just north of Caledon, overlooking the Hockley Valley; where the wetlands cross red clay cliffs and cropfields, and its renowned fall colours attract sight-seers on a seasonal basis . I wasn’t much older than twelve years old when the then McGuinty government gave my home its epithet and protected status as a part of the Greenbelt. To the extent that local oral and written history can testify, there have always been those keen to monetize, excavate, deforest, and tap into the region’s resources. Bringing that story of exploitation to its logical and final conclusion, however, is prospective premier Doug Ford and his ill-fated and ill-conceived plan to carve up a “big chunk” of the Greenbelt for affordable housing.

Affordable rental development, as opposed to say, a condominium, is regarded in the housing industry as not economically viable without low or zero land costs. To that end, Doug Ford’s musings are far from without precedent. In the past, consultations with private sector partners have suggested freeing up government land for affordable housing, reducing “soft costs” by “streamling” environmental processes, and granting tax incentives and capital for affordable rental projects.

An open question though is the sustainability of developing the Greenbelt, the appropriateness of ecologically-sensitive, rural areas surrounding the GTA (like Dufferin-Caledon) for rental developments and renters themselves versus alternatives (e.g., vacant or abandoned lots, brownfield land), and the limited trust that we can place in private industry not to exploit government commitments and programs at the public’s expense. The Greenbelt is Ontario’s first defense against urban sprawl and pollution, protecting farmland, freshwater reserves, and heritage assets; it’s essential for relieving flooding and the province’s biodiversity and at-risk species – both of which are ameliorated by climate change. Plus there are already growing bedroom communities in the region offering relatively cheap housing to commuters. These population influxes, however, have posed new challenges to meet the needs of a younger, more diverse, and expanding population.

Ultimately, chopping up the Greenbelt betrays one of its principal intentions: forcing the province to develop more wisely.

When Doug Ford boasted to attendees at this Markham event that his plan was the idea of “the biggest developers in the country,” it’s worth asking whether Ford is as deeply naive and ignorant of the region as he appears to be or whether he and his party’s judgement was compromised by the significant support that the Progressive Conservatives (PC) have received from land developers. Note, nine out of the twelve of the party’s largest corporate donors from 2016 have a vested interest in construction: real estate developers, residential home builders, contractor and rental home provider associations, residential real estate investment firms, construction labour unions, structural steel and excavation tool manufacturers. The Liberal government banned corporate and union donations in January 2017, but that didn’t stop the Ontario PCs from raking in a whopping 12.6M in the run up to the January 01 deadline. Ford’s ‘secret’ announcement to a crowd in Markham regarding the Greenbelt seems more likely to be a product of corporate political influence than a mere ‘oopsy’ moment.

In hiding his intentions to Ontarians, Doug Ford helped to make the case against him for premier. For instance, he visited Dufferin-Caledon three times this past month and while I doubt it wasn’t for the toasted westerns, it also certainly wasn’t to tell voters there that he intended to dismantle parts of the Greenbelt. Some have likened this to the time Doug Ford parroted the interests of developers in his outlandish city proposal to seize the development of the Toronto Port Lands and build a monorail, the world’s largest Ferris wheel, a new stadium, an island hotel, and a giant robotic mongoose (I may have made up the last one.) Ford as a Toronto city councillor was also later found to have contravened the Code of Conduct for wrongfully accepting gifts and lobbying for his clients. It’s hard to square Ford’s image as a ‘man of the people’ or a fiscal conservative with these incidents – not when he’s mouthing the daydreams of real estate developers.

The Ontario PCs and Doug Ford himself appear painfully unprepared for leadership, by not only acting covertly on corporate interests but about-facing on these plans within the span of a few hours. Ford’s justification for dropping the secret campaign plank was its unpopularity which in and of itself demonstrates poor leadership qualities. Is Doug Ford not prepared to make unpopular decisions? Ford and the Ontario PCs spent several hours of airtime on Monday defending and articulating his plan before he retracted his proposal unequivocally the next day in a staged interview. But do the Tories still believe their plan was a good idea or not? They can’t have it both ways. Governments are expected to make unpopular but necessary decisions, renouncing the Greenbelt proposal without repudiating its substance remains an insufficient retraction.

All in all, Ford has no one to blame but himself for what’s been a bad week for his campaign and a perfect opportunity for the Wynne Liberals to announce their topical plans to expand the Greenbelt into new areas including the Orangeville Moraine and wetlands in Dufferin and Simcoe counties: a promise that resonates “close to home” (quite literally) for me. A recent Mainstreet Research poll has Ford’s PCs down more than 5% with Wynne’s Liberals most benefiting from the windfall. Mainstreet also cited “significant voter volatility” as a sign of the unpredictability that may lay ahead. If nothing else, the takeaway from this week is that this election isn’t over, it hasn’t even officially begun – the electorate remains open and undecided, flaws in the frontrunner have been exposed (or rather, re-exposed), and the Tories’ seemingly genetic propensity for self-destruction has once again reared itself with the worst of timing.