The progressive’s case for free trade

Obama’s historic speech in Ottawa at the Three Amigos summit last week sounded like a greatest hits of sorts: the president spoke at length about the benefits of global development, diplomacy, and multilateralism. He stressed the importance of inclusive growth, the urgent need to act on climate change and promoting what he called “universal values” (pluralism, tolerance, and equality) around the world.

Nevertheless, its underlying theme – or at least, in my reading of it – was trade and globalization. Making the case for free trade has always been a politically contentious feat, but recently, free trade’s experienced a particularly rough patch, especially in the US. The country, currently grappling with a long, grueling and frankly bizarre presidential campaign, may be to blame for the anti-trade political rhetoric on the rise recently.

Free trade, Obama argues, is a meaningful and positive way for America (and Canada) to engage with the rest of the world. Falling prey to isolationism would mean losing the ability to influence the world, protect our interests and spread democracy.  Free trade as a principle wasn’t the problem, he stresses – but rather, part of the solution to ease inequality and divisiveness around the world. Years of failed policies, according to Obama, are to blame for our trade issues – trying to fix badly written trade deals that served societies as an afterthought – trade itself is not to blame.

But both parties, the Democrats and the Republicans, have deep anti-trade sentiments within their ranks. As a matter of fact, two of the most hotly observed candidates in their respective primaries were the ones bashing trade and globalization the hardest.

Donald Trump, the presumptive Republican nominee,  has said on multiple occasions the North American Free Trade Agreement (NAFTA), signed by President Clinton in 1993, was ‘the worst trade deal’ and a ‘disaster’. He assured voters he would ‘absolutely’ renegotiate it – using his tremendous negotiating skills, no doubt.

Bernie Sanders, an independent (until recently), running in the Democratic primary, isn’t too fond of the trilateral free trade agreement either; he has pledged to ‘fundamentally rewrite NAFTA’. When asked during an interview with Chuck Todd in October 2015 if he’s ever felt comfortable with any trade agreement the US has negotiated, Sanders answered that he voted against three major trade deals (NAFTA, CAFTA, and PNTR). He then doubled down, arguing trade deals have been a ‘disaster for the American worker’ and that they’ve  eliminated ‘millions of decent-paying jobs’.

But what do economists think of all this? Well, according to a 2012 survey, conducted by The University of Chicago’s Booth School of Business, ninety-eight percent of economists surveyed agreed free trade leads to a more efficient and better-performing economy, the same percentage also agreed Americans were better off with NAFTA than they would have been without it.

That said, ninety-six percent acknowledged that some American workers, especially the ones working in sectors directly affected by Chinese competition (manufacturing, for example) were made worse off by trade.

A 2013 study seems to confirm it; indeed, according to their article, competition from China is responsible for the disappearance of many jobs in certain industries. They also found most of the displaced workers did not find employment elsewhere, and ended up dependent on the state. That said, ninety-eight percent of economists surveyed concluded gains made by trade were much larger than any negative effect on employment.

This is essentially the crux of the problem; what makes a country richer doesn’t automatically benefit all of its citizens equally. Indeed, for many, the benefits of free trade are diffused and dispersed; the downsides, however, are a lot more vivid.

Politicians of all stripes have long ignored or at least failed to find solutions to the genuine feelings of frustration, anger, and hopelessness felt by a significant portion of their electorate. Selling the idea of even more free trade has become increasingly more difficult as the changes to our economies are being felt.

This is something the presumptive Democratic nominee, Hillary Clinton seems to understand (somewhat). Although she backtracked on Obama’s Trans-Pacific Partnership (TPP), she’s willing to openly advocate for free trade…with, erm, caveats.

During a primary debate against Bernie Sanders in New Hampshire, Clinton argued the US only accounted for five percent of the world’s population and trade with the ninety-five percent outside the country’s borders was essential to growing the economy. However, she added: “But we have failed to provide the basic safety net support that American workers need in order to be able to compete and win in the global economy.”

The president in his speech to parliament went further than Clinton in linking free trade to global peace. “The point is we need to look forward, not look backward,” said Obama. “More trade and more people-to-people ties can also help break down old divides.”

The idea free trade could be something more than a mere economic policy is not new, of course. The greatest example of that is perhaps the European Coal and Steel Community. Established in 1951, the ECSC was designed, as the name suggests, to integrate the coal and steel industries in Europe. The group was comprised of France, West Germany, Italy, the Netherlands, Luxemburg, and Belgium.

Its goal went beyond economic necessity, however; it was a much needed peace-building project. Indeed, the European continent was still reeling from two bloody world wars in the span of thirty-one years, which took the lives of approximately ninety-eight million people. It was imperative for the continent to find a way to make sure that this unthinkable level of violence never happened again.

And thus, born from the politics of old, warring enemies, rose this new free trade area. An institution, together, which would help realize a more peaceful, prosperous Europe. Today, we call that institution the European Union. The very same EU now fighting the tide of protectionism and right-wing nationalism washing across the whole of the continent.

Peace, prosperity, integration. What we have in Obama’s speech is a kind of preview of the message Barack Obama will make on the Clinton campaign trail.

But in these protectionist times, there remains some doubt as to whether these ideas will resonate with voters; the idea that trade can be a catalyst for inclusive growth and a powerful tool for progress and change around the world will be a hard sell to weary progressives and independent voters who’ve turned their backs on the open market. 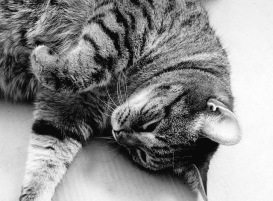 Elias Weiss studies Neuroscience and Biotechnology at McGill University. A liberal and a passionate believer in evidence-based decision-making, Elias hails from British Columbia but is now a proud Montréaler.